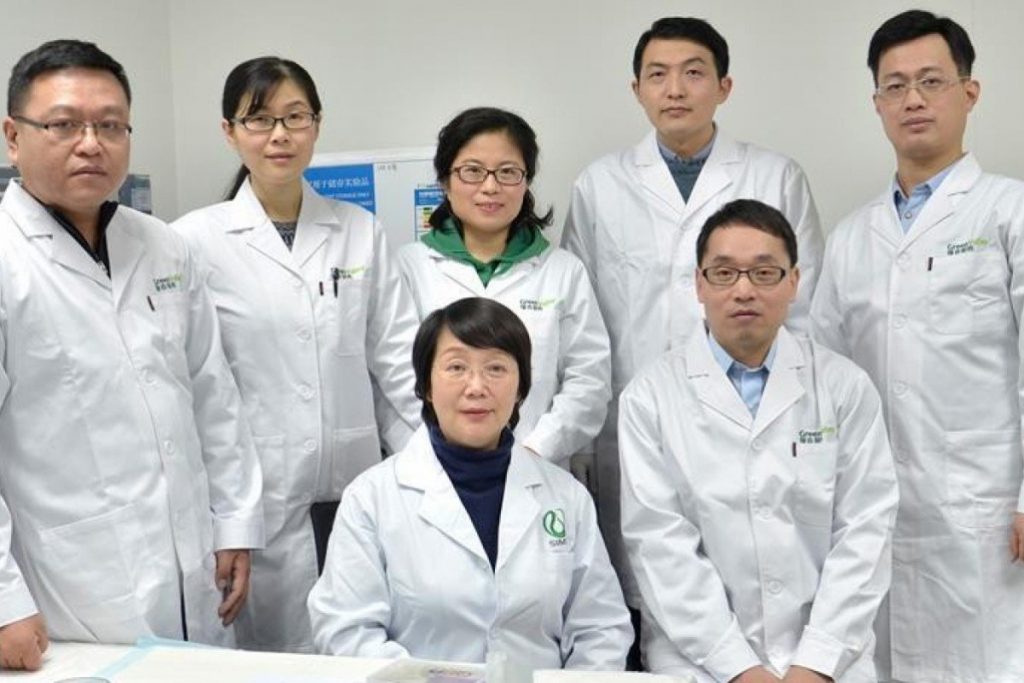 Geng Meiyu (front row, left) and her research team at the Chinese Academy of Sciences have successfully developed the first world’s medication for Alzheimer’s Disease in nearly 20 years. Photo: Xinhua

The world’s first new drug for the treatment of Alzheimer’s disease in nearly two decades – and perhaps the only treatment with the potential to reverse the condition – was approved by the Chinese government on Saturday night.

The National Medical Products Administration said the drug, Oligomannate, had been approved for the treatment of “mild to moderate Alzheimer’s disease and improving cognitive function”.

Beijing neurologist Dr Song Juexian spoke for many in her profession when she said: “Long in the dark, the Alzheimer’s disease has finally seen a break of dawn from the East.” Song, from Xuanwu Hospital, also cautioned that it was “far from the end of the battle”.

The development of Oligomannate was inspired by the relatively low occurrence of Alzheimer’s among elderly people who regularly consumed seaweed.

Packaging for Oligomannate, the new medication for the treatment of Alzheimer’s disease, which is expected to be available for patients in China before the end of the year. Photo: Xinhua News

The Chinese research team, led by Dr Geng Meiyu at the Chinese Academy of Sciences’ Shanghai Institute of Materia Medica, started looking into possible connections and, in 1997, identified a unique sugar in seaweed which might play an important role in the phenomenon.

They did not anticipate that developing the idea into an effective drug would take them more than two decades.

“I did feel lonely sometimes, because others were all developing small molecule medicines. Using sugar (with large molecular structure) was … unprecedented,” Geng said, in an interview last year with Shanghai Observer.

There is no cure for Alzheimer’s disease. As brain cells degenerate, symptoms progress from repeated words, depression, getting lost in familiar neighbourhoods, to forgetting the faces of family members. There will be 150 million Alzheimer’s patients around the world by 2050, according to the World Health Organisation, and more than a quarter of them will be in China.

The decline in brain function caused by Alzheimer’s can be divided into seven stages, and the new drug has been proven effective on conditions up to stage 4, which includes difficulty to add simple numbers, recall what was eaten for breakfast, pay bills or remember details about life histories.

Since it was first identified by German doctor Alois Alzheimer in 1906, the disease has remained one of the health industry’s biggest headaches.

Over the past two decades pharmaceutical companies have invested hundreds of billions of US dollars and brought more than 320 candidate drugs to clinical trial. Only five were approved for clinical use to relieve symptoms, and none could stop the brain cells from withering away. Due to repeated costly failures, Alzheimer’s-related programmes have been terminated in many large medical companies.

A major challenge for the Chinese research team was to explain the mechanism, with authorities reluctant to approve a new drug unless researchers could explain exactly why it worked. There were many theories on the causes of Alzheimer’s, but none seemed to apply to the drug.

In September, Geng’s team published a paper announcing a major discovery. They had found that Oligomannat was, in fact, a multitasking agent. It not only reduces the formation of a protein harmful to neurons, but also regulates the bacterium colonies in human intestines to reduce the risk of brain inflammation.

It is unclear whether the Chinese government’s approval of the drug was linked to ongoing competition with the United States on trade and technology. US company Biogen last month relaunched its efforts to seek FDA approval for its new Alzheimer’s drug, after earlier terminating two large clinical trials due to poor results.

In what some mainland medical researchers say is a sign the Chinese government still has concerns, the approval for Oligomannate was not unconditional.

Green Valley, the Shanghai-based pharmaceutical company which is to produce the drug, was “required to continue research on pharmacological mechanisms and long-term evaluation on safety and effectiveness,” according to the approval document.

In a clinical trial on more than 800 volunteers, the new drug was shown to improve cognitive performance by an average of 2.54 points in a standard test with scores from 0 to 70, in which patients scoring 16 points or more could be diagnosed with Alzheimer’s.

Lu Songtao, president of Green Valley, said the drug was in production at a plant in Liaoning province, northeast China, and would be available to the domestic market before the end of the year. Construction, to US standards, would also soon begin on a new factory in Shanghai, he added at a press conference organised by the Shanghai government on Sunday.

“If the construction can be finished within three years, this factory will be able to satisfy demand for two million patients every year,” Lu said. “Hopefully the drug will become available in global markets at around the same time,” he added.

Doctors cautioned that Oligomannate would not cure brains which had degenerated beyond repair. Patients with severe conditions, such as wandering, and who needed help with toileting and bathing, would not benefit from using the medicine.

It is also not recommended as a precautionary medication for older people who do not display any symptoms of Alzheimer’s, as its effect on the mass population remains unclear. 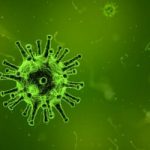 How to Choose a Right Dental Air Compressor for Your Dental Practice?

China approves Oligomannate, world’s first new Alzheimer’s drug in 20 years and it is based on seaweed!

How to get rid of hemorrhoids naturally and quickly!